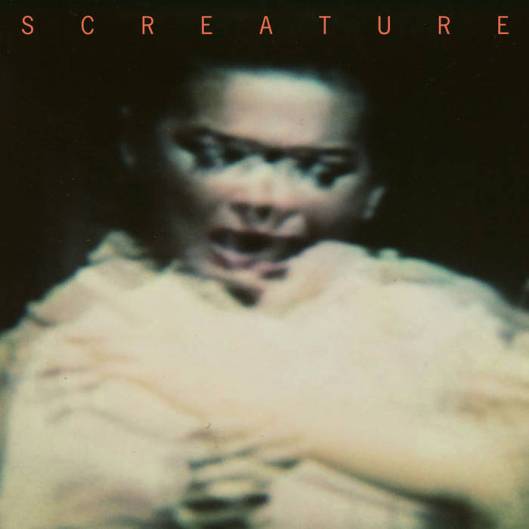 Screature return with their new album on 19th January 2018 ‘Old Hand New Wave‘, The album opens with The New Eve – a magical sonic shockwave giving a much needed injection into the deathrock genre. Wow! Waiting For A Light – a fuzztastic funeralistic bop which will have you bouncing on the dancefloor! Love it!

North Of Order – slamdancetastic . Yeah! Gone Cold –  a well woven wall of sound as guitars and keyboards speed walz to the protruding two finger vocals with a hint of Eva O. Epic! Hit The Void and the handbrake is gently applied to the sonic rocket fired by Screature. This is a delightful dirge will blow the dust well and truly away. Love it! Induction with the tempo still in second gear, The power of this song will blow you away. Wow! Metapsychosis – a brutal aural assault that will leave you windswept! Last Scene Alive – Another subsonic speed walz, lovely jagged guitars clash with the punked up vocals. Lovely! Movements- Lovely stabbing guitars, a hint of ‘The Cramps’, pumping keyboards and the trademark Screature vocals make this infectious like a raging fever! On Fire! Torn Passage –On this album Screature show their true depth of musical talent with this track being more postpunk, sounds like the Screature singer, ‘Suicide’, ‘The Horrors’ were mixed in a blender to produce the perfect sonic smoothy 😉 Another Mask brings the curtain down on what is easily the best album from Screature so far and for me one of the albums of 2018. Makes me want to catch a plane to USA, as top of my list for bands I want to see live in 2018! Your life will not be complete until you hear this masterpiece!

Screature formed in 2008 in Sacaremento, California and released their debut album “Screature” in 2013. Four Columns is their latest album release and what terrifying magnificent monster it is! The album burst’s into life with  Plastic Point Of View – The guitars have a mix of early Stories For Boys smashing into L7. Great! Liz has a very powerful vocal delivery reminds a bit of Scarlet Remains. Very tight drums and bass make for an impressive powerhouse dark punk punch! Yes! Crumbling – Liz’s vocals totally eclipse Gitane Demone and Great guitars from Chris Orr. what an epic slice of psycho dark punk to set the dancefloor on fire. Love it! Down Boys shows what is missing from the current deathrock scene. Love the way the keyboards and guitars weave together. Damn catchy! Faceless– The guitars remind me very much of early Chrome with a hint of early PIL in the bass and drums. Powered on by a great vocal delivery.Epic! Half Past Midnight wow!. The guitars sound like The Cramps played at the speed of The Ramones. The sound of Dark Punk disco inferno. Great! Lost Ones – is one of the longer tracks on the album at around 4 minutes in length. This has very strong Chrome feel in the music but the vocals and guitar work lift it to a new level. Liz’s vocals are as good as Gitane Demone or Diamanda Galas. Epic!

One Hundred Lies unleashes the Fuzz guitar sound definately one for fans of The Fuzztones. Another bomb for the dancefloor! Love it! Channel F has some very nice choppy high speed Killing Joke guitars. Yet another track to firebomb the dancefloor. Great! Laws of Intrigue– the perfect song to get out of control on the dancefloor reminds me of classic early Christian Death.Bop! High Rise Escape – If The Doors had been a punk band with a female vocalist they might have sounded as great as this!Wow! Graves & Heirs is the A-Bomb that explodes at the end of the album. A punkpsychofuzzbilly Masterpiece! What a kin great album! I really hope Screature will be invited to the UK as they are at the top of my must see list and they should be at the top of yours!

Get Your copy from